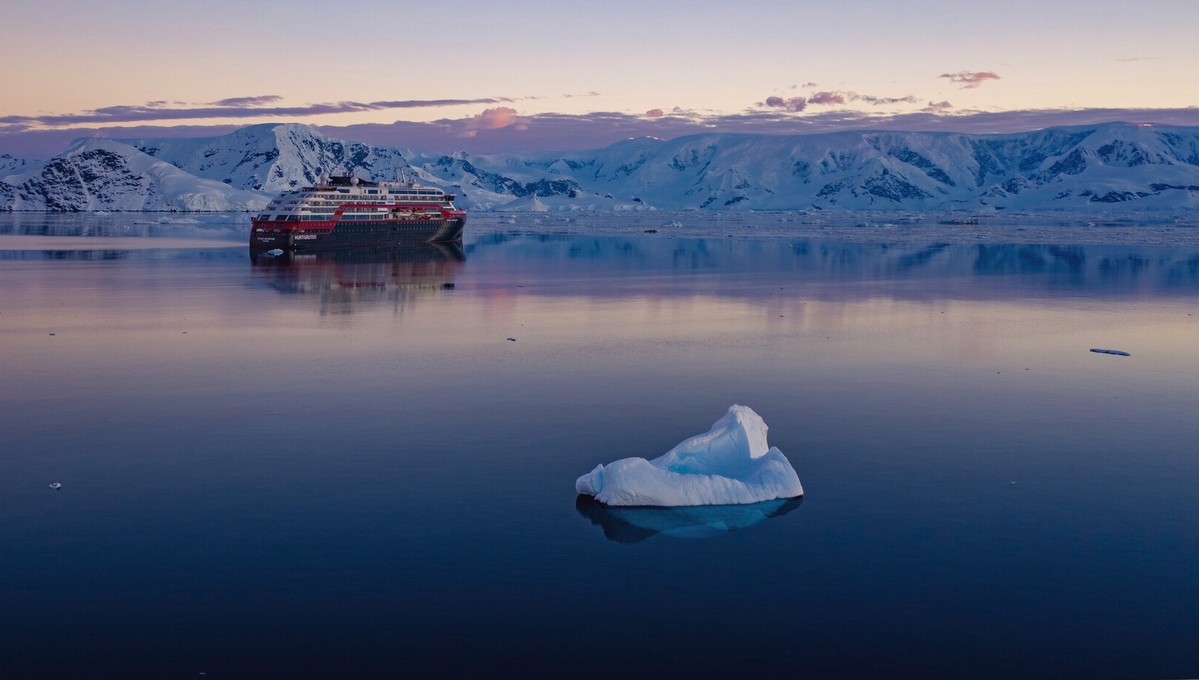 Hurtigruten's growing expedition fleet takes intrepid travellers to destinations including Antarctica, Greenland and Svalbard on board some of the greenest, most technologically advanced expedition ships at sea.

With over 100 years of experience in operating the famous Norwegian Coastal Voyage, taking equipment, post and people along the coast of Norway every single day of the year, Hurtigruten is no stranger to the operation of hardy vessels in inhospitable waters. 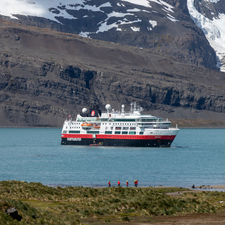 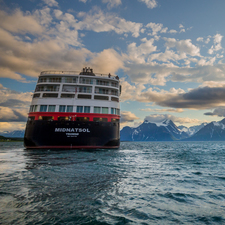 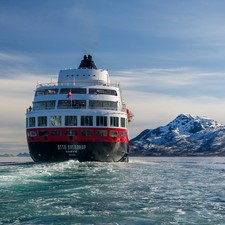 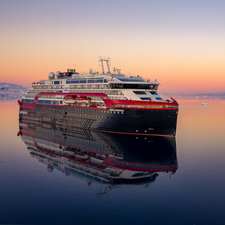 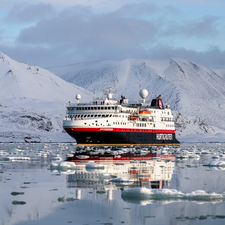 Best known for their Norwegian Coastal Voyage service, Hurtigruten have now expanded their offering further afield, with an expanding roster of purpose-built expedition vessels, as well as former Coastal Voyage vessels that have been upgraded to polar capability.

Hurtigruten's flagship expedition vessels are the new hybrid-powered MS Roald Amundsen and MS Fridtjof Nansen, launched in 2019 and 2020 respectively and each carrying 530 guests - on the larger side for a polar expedition ship, but able to offer great value fares as a result.

Destinations on offer include Antarctica, Greenland, Svalbard, Alaska, Central and South America, Iceland and Norway, along with a new programme of no fly voyages from the UK on board the biofuel-powered MS Maud exploring the more remote corners of the British Isles.

On board a Hurtigruten expedition ship you can expect expert lecturers, naturalist guides and zodiacs to facilitate trips ashore, along with comfortable cabins, a fresh Nordic style and a relaxed ambience.

Using the UN's Sustainable Development goals as a framework Hurtigruten are committed to exploring as responsibly as possible.

Their new build ships, MS Roald Amundsen and MS Fridtjof Nansen are both hybrid-electric powered. Retrofitting their remaining ships to switch from traditional diesel to hybrid power has begun, with their eventual aim to be an emissions free fleet. Ships travelling the Norwegian Coast will all be retrofitted with the capability for cold ironing by the end of 2021, which allows connection to shore side power when in docks and significantly reduces emissions.

Initiatives are in place to reduce waste, including no single use plastics. Electric Zodiacs are being trailed, battery-powered snowmobiles have been introduced and a touring catamaran is in operation. Food is sourced from local suppliers on Norwegian voyages. Beach cleans are arranged and Hurtigruten supports and cooperates with organisations and initiatives like Clean Arctic Alliance, European Climate Foundation, Norwegian Polar Institute - the main research organisation focusing on polar bears living on Svalbard, Bellona Foundation and the Clean Up Svalbard program. In addition, the Hurtigruten Foundation has been established to support initiatives that protect the areas they visit.

Hurtigruten aid research as part of an ongoing collaboration with the Norwegian Institute for Marine Research and the Norwegian Institute for Water Research. Onboard MS Trollfjord and MS Midnatsol, Ocean Visuals is installed to monitor for oil spillages, identifying more than 40 incidents of oil spillages and two leaks from installations on shore.

Hurtigruten are also founding members of AECO (the Association of Arctic Expedition Cruise Operators), who support responsible, environmentally friendly and safe tourism in the Arctic. Additionally, they are members of IAATO (the International Association of Antarctic Tour Operators) who advocate and promote safe and environmentally responsible private sector travel to Antarctica.

Our top picks with Hurtigruten Expeditions 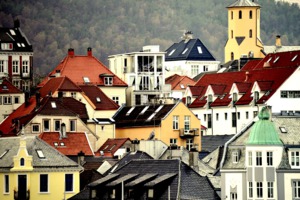 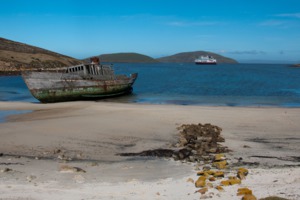 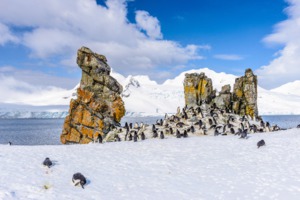 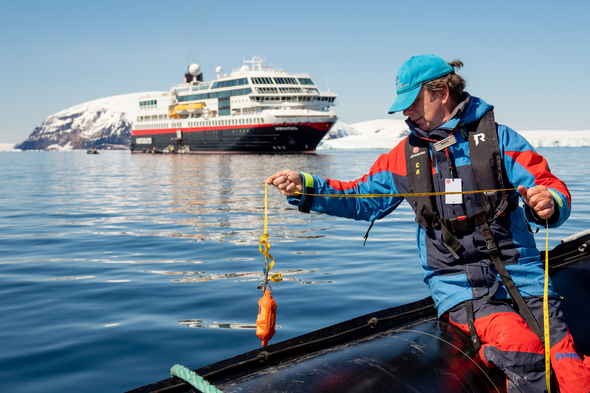 As the COP26 climate change conference in Glasgow approaches, the challenges of building a more sustainable economy come into sharper... Read more 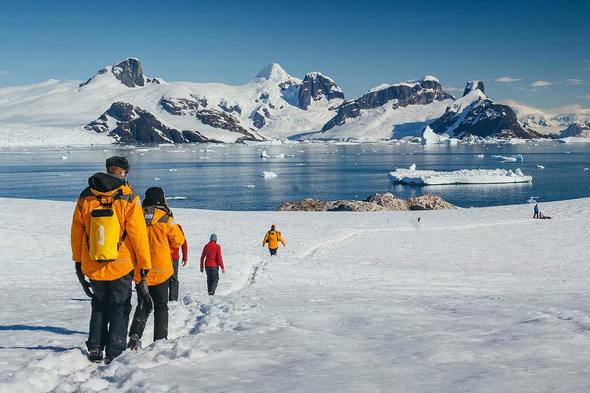 One of the many extraordinary aspects of an expedition cruise is the feeling of charting your own path and looking... Read more 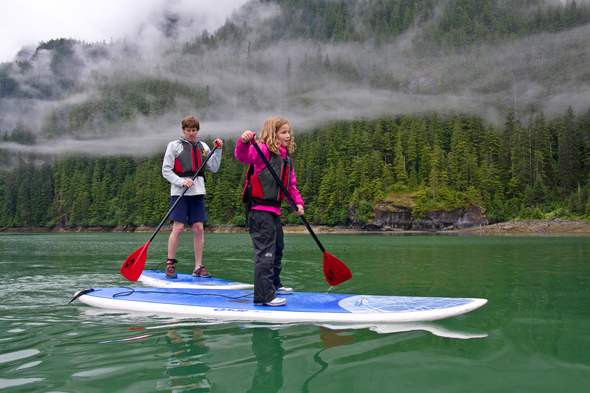 4 of the best small ship expedition cruises for families

If you're looking for a family holiday with a difference, a trip of a lifetime to inspire the kids and... Read more