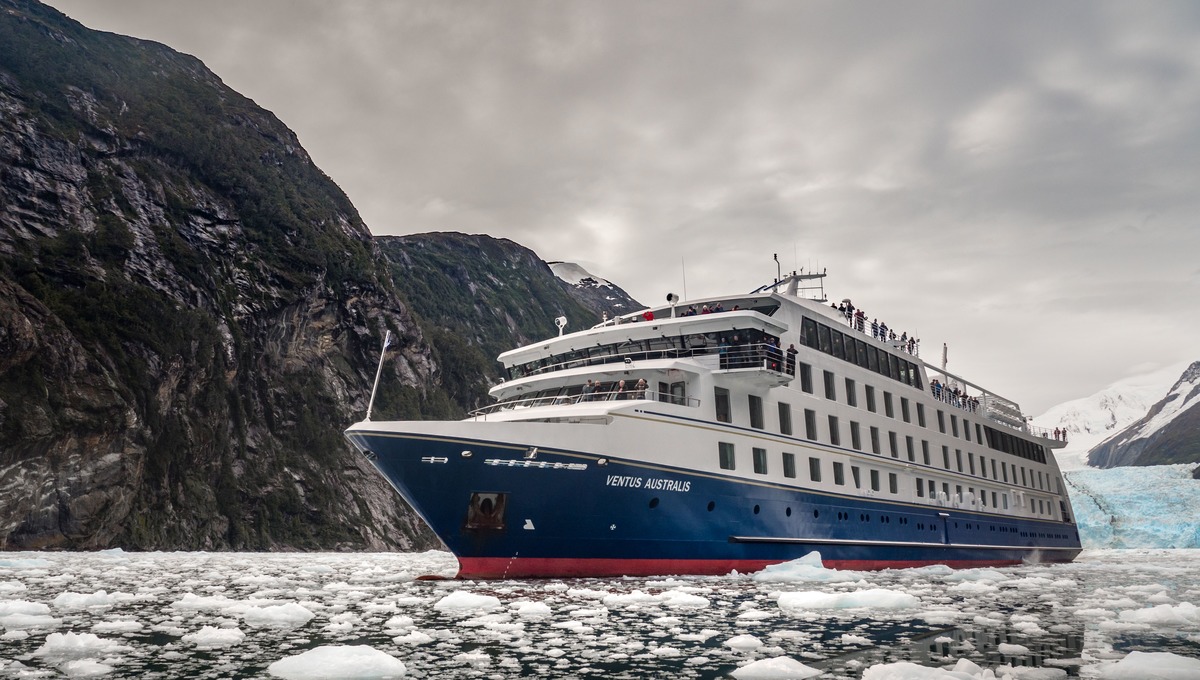 The town of Ushuaia huddles defiantly between the snowy mountains of Patagonia and the wind-whipped Beagle Channel. It's normally seen as a stop on round-South America voyages or the start point for Antarctic expeditions but I was here to travel a much shorter distance, exploring the narrow fjords and inlets of Tierra del Fuego on the new Ventus Australis.

What's special about the 210-passenger Ventus and its sister, Stella Australis, is that they're the only vessels purpose-built to navigate these remote waterways. Launched in January, Chilean-owned Ventus sails three, four or seven-night itineraries between Ushuaia and Punta Arenas in Chile. During this time, you explore by Zodiac, hike through lichen-draped forests and sail up close to the jagged, blue-white tongues of massive glaciers. 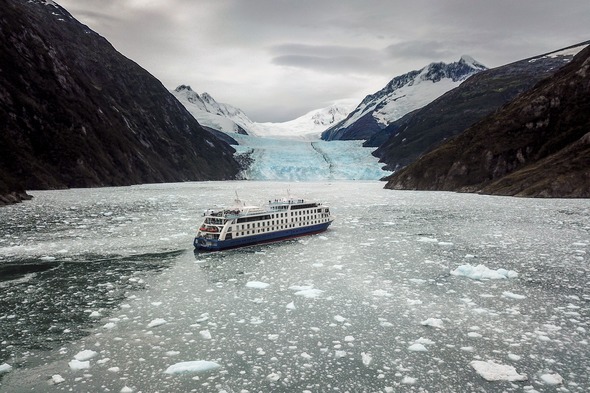 There are no frills like a spa or pool on board, just gorgeous, light-filled lounges with soft leather sofas and stripped wood-effect flooring. No fripperies like balconies, either; little point when even a midsummer day segues between hail, snow, sideways rain and watery sunshine. I loved my cabin, though; it had some stylish touches like a leather-topped desk, leather chair and a big, circular mirror modelled after a ship's porthole. A whole wall of glass meant I could lounge on the bed between hikes and gaze dreamily at moss-green cliffs, white water frothing around their base, petrels skimming low across the water. 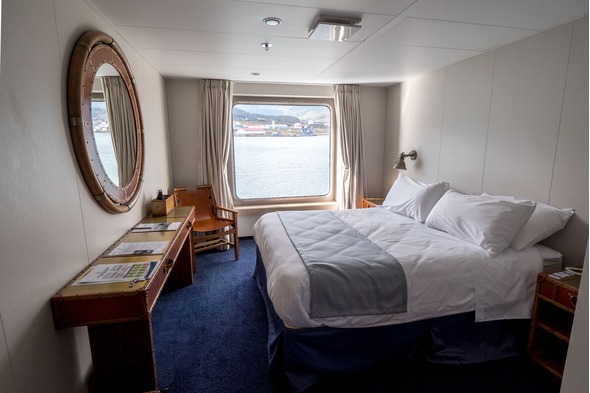 On my cruise, passengers hailed from 22 different countries, North Americans being the biggest group, as well as Chileans, Italians, Germans and Australians. The open bar made for a jolly atmosphere and much swapping of travel stories. Pretty well everybody was on an extended tour of South America; in fact, a week later, we bumped into several of our shipmates as we were trekking in Chile's Torres del Paine National Park. 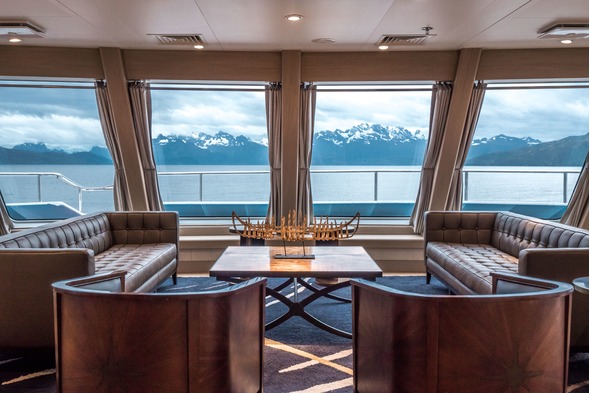 You do a lot in four days, guided by the ship's expert Chilean expedition team. We clambered up 154 slippery wooden steps to the top of the cliff at Cape Horn, a biting wind snatching at hats and cameras, and visited the lighthouse, manned by a dapper Chilean naval officer. At Wulaia Bay, we trekked up a steep hill through a forest of evergreen beech to be rewarded by a spectacular seascape of islands and channels, and back at the jetty, hot chocolate with generous slugs of whisky.

Ventus is small enough to get close to several of Patagonia's vast tidewater glaciers: Pia, a vast wall of blue and white ice, emitting pistol-like cracks before calving into the milky water, and Garibaldi, creaking its way into a fjord scattered with ice. Magdalena Island, meanwhile, is home to thousands of cute Magellanic penguins tending their fat, fluffy chicks and pecking inquisitively at our boot laces as we explored the marked trails. 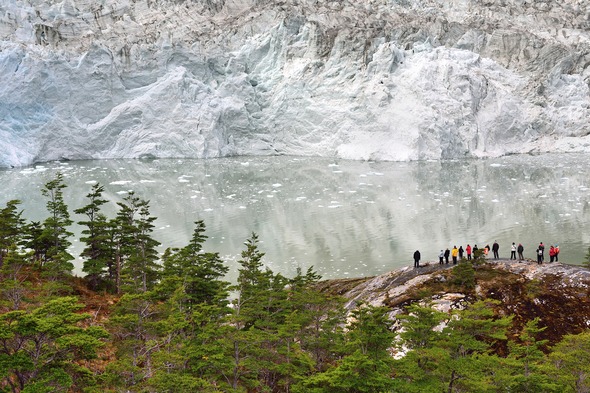 The food on board is classy Chilean cuisine, with plenty of ceviche, fresh fish, Patagonian lamb, quinoa (a local staple) and palm hearts. My one gripe is the fact that you're allocated a table and have to sit there for every meal. We were lucky with our dining companions but it would be awkward if you felt otherwise.

But this is a minor quibble in the scheme of things. An expedition with Australis may not be the hard-core experience of Antarctica but it's such a privilege to explore this bleakly beautiful corner of the world, immersed in nature, knowing you're completely alone. 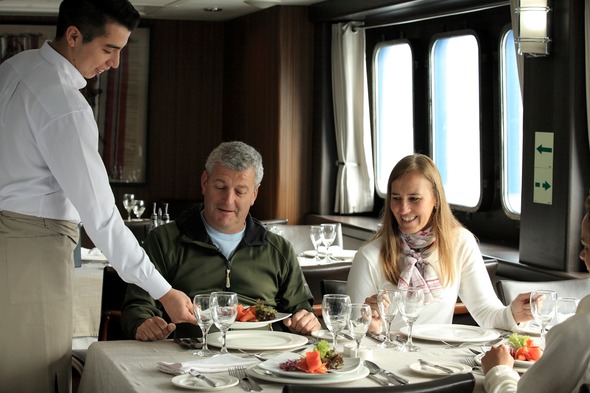 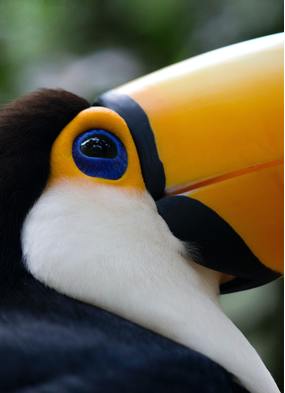 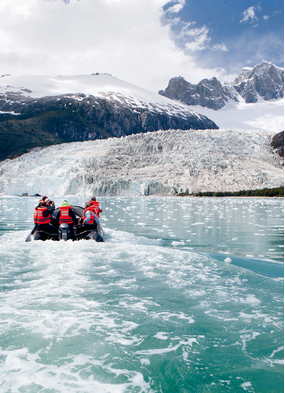 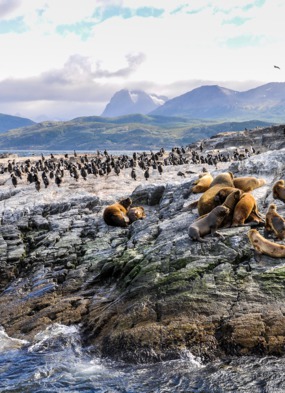