The town of Siem Reap is a pleasant enough place in its own right, but that's not why so many people flock here; this is the gateway to the sprawling ruins of Angkor, the spectacular seat of the ancient Khmer empire. The temple of Angkor Wat is the most famous, and some might say the most beautiful, of the structures that stand amongst the jungle around Siem Reap. We recommend getting here early in the morning if you can, to avoid the crowds. Other notable sights include the ruined city of Angkor Thom and the eerie temple of Ta Prohm, which has been left more or less as it was found, overgrown with vegetation, the stones gripped by huge tree roots. 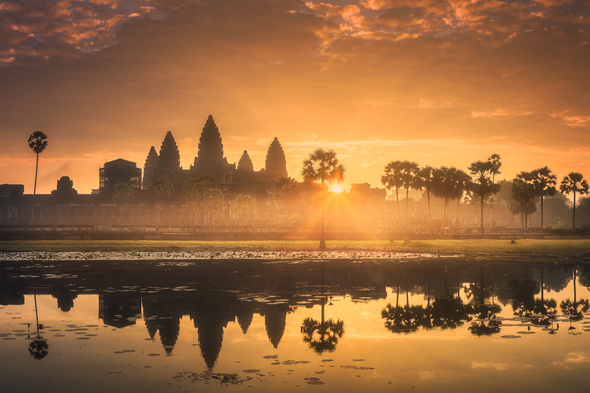 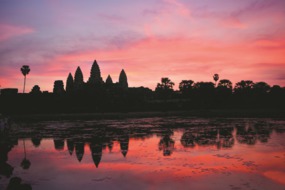 Sunrise and sunset at the temples. An early morning will be well rewarded when you see the magical atmosphere the light creates at this time.

The town of Kampong Chhnang lies at the centre of the province of the same name, and the busy dock is a hub for exploration of the Tonle Sap river. Nearby you will find picturesque floating villages and lush green rice fields, and the region is known for its pottery.

Cambodia’s lively, youthful capital has shown a remarkable resilience in bouncing back from the horrors of the Khmer Rouge regime. The beautiful Royal Palace and Silver Pagoda shouldn’t be missed, while the former Tuol Sleng prison is a harrowing reminder of Phnom Penh’s recent past.

There is plenty to see in the Mekong town of Chau Doc, including a bustling market, floating fish farms and an array of churches, temples and mosques that reflect the area’s diversity. Interesting excursions include a visit to a local village where you can learn about the unique culture of the Cham people.

Vietnam: My An Hung

The riverfront town of Sa Dec is one of the most appealing destinations in the Mekong Delta, a laid back and peaceful place where boats laden with flowers from the nearby markets ply the waterways, overlooked by beautiful old French colonial villas.

Cai Be is home to a fascinating floating market, and it’s a great place to observe life along the Mekong. You can learn about the production of rice paper, coconut candy and whisky, and take a trip along the backwaters on a little two-person rowing boat.

Arriving in My Tho

My Tho is the start or end point for most Mekong river cruises, a busy port situated just under two hours' drive south of Ho Chi Minh City. You're unlikely to spend any time in the town itself, but you'll be able to settle in on board your ship and catch your first glimpses of life on the Mekong Delta, as barges unload their cargo of sand, rice and timber from upriver and little fishing boats float amongst the clumps of water hyacinth. 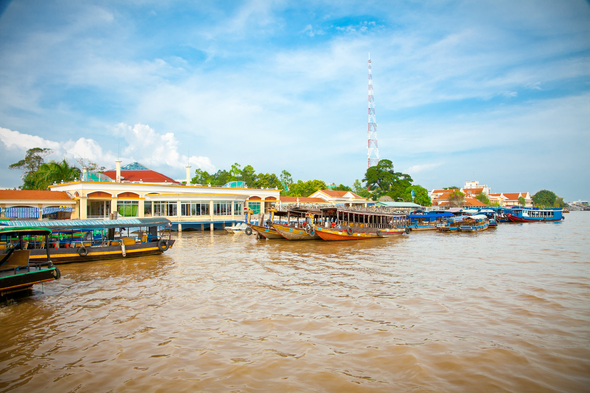 Launched in 2014, the intimate Aqua Mekon is the most luxurious way to travel on the Mekong river, offering stylish suites and superb cuisine.

Combining luxury and exploration isn't easy, yet Aqua Expeditions have balanced locally inspired design with modern sophistication and a focus on the destination to create once in a lifetime experiences. 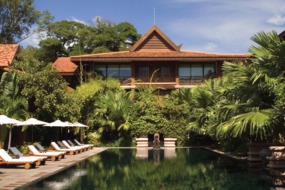 Where to stay in Siem Reap

La Residence d’Angkor edges in front as our favourite. 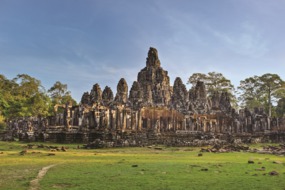 A tour of the main sites at Angkor can be squeezed into a day, but take three days to explorer the outer temples and learn more about the medieval world's greatest metropolis. 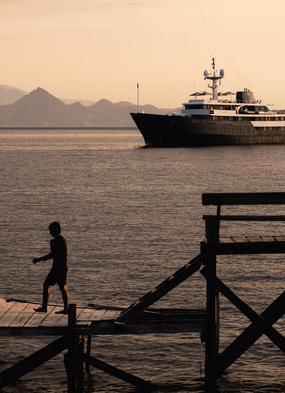 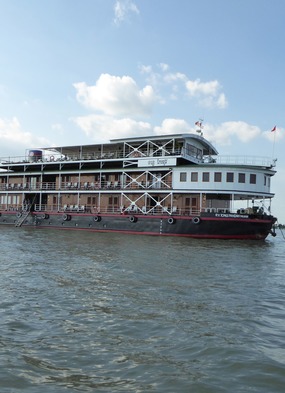 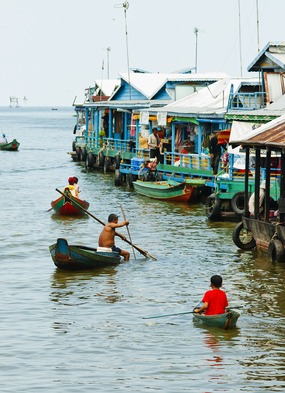 We specialise in travel by ship and have been doing so for over 45 years. By providing expert, personal service, insightful ideas and fascinating add-ons we aim to make your adventure holiday truly unique and special.