Imagine carving your way through the Arctic pack ice on a Russian nuclear icebreaker. Imagine swimming with sea lions in the Galapagos. Imagine waking up to the sight of vast icebergs drifting across a glassy bay at the tip of the Antarctic Peninsula.

Our 'Pole to Pole' adventure is a world cruise with a difference, an epic six month itinerary taking you from the Arctic to Antarctica via Greenland, Alaska, the Amazon and Patagonia. You'll travel with six different expedition cruise lines, on nine unique voyages linked together by overland tours and city stays. You'll see polar bears in the Svalbard archipelago, scale the heights of Machu Picchu, go fishing for piranhas in the Amazon, and become one of the few people on Earth to have visited the North Pole.

Travelling on specialist expedition vessels, you'll be able to explore remote and inaccessible regions with the latest in high tech onboard equipment, accompanied by expert lecturers, naturalists and guides. You can expect to see some of the world's most iconic species, from brown bears to blue-footed boobies, from llamas to leopard seals. 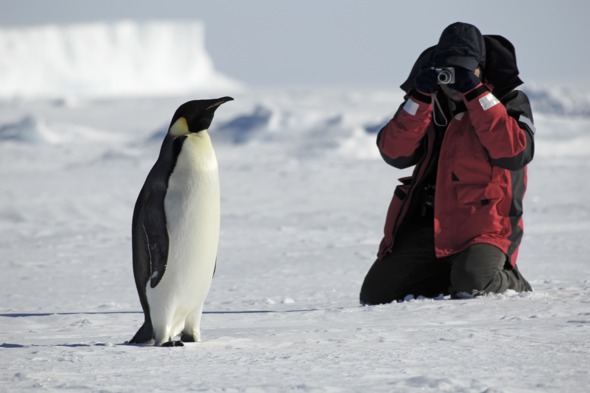 Your adventure begins on 31st July 2017 in the Finnish capital, Helsinki. From here you'll fly to the Arctic port of Murmansk to board the extraordinary 50 Years of Victory, a Russian nuclear icebreaker that will take you to the North Pole itself. This is a cruise like no other; there are few people on the planet who can say that they have genuinely stood on the top of the world. There is even the option of a hot air balloon ride over the pole (weather permitting), and you'll stop off at the remote archipelago of Franz Josef Land on the way back to Murmansk. 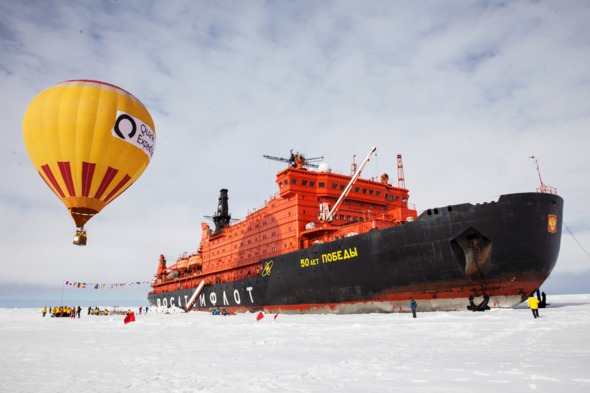 Enjoy a few days of relaxation in Oslo before embarking on the second part of your Arctic adventure, a circumnavigation of the Svalbard archipelago on board Hurtigruten's MS Fram. Svalbard is the best place on earth to see polar bears in the wild, and the Arctic scenery is truly stunning. 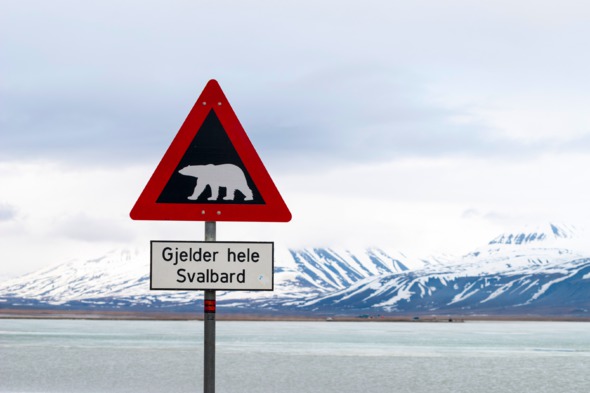 Next it's time to head west, arriving on the remarkable island of Iceland on 25th August 2017. Spend a few days getting to know Reykjavik and marvelling at the island's geothermal wonders, before flying to Greenland to board Lindblad Expeditions' 148-guest National Geographic Explorer. You'll spend the next few days exploring the west coast of Greenland, including the breathtaking Disko Bay, where calving glaciers disintegrate into enormous icebergs. 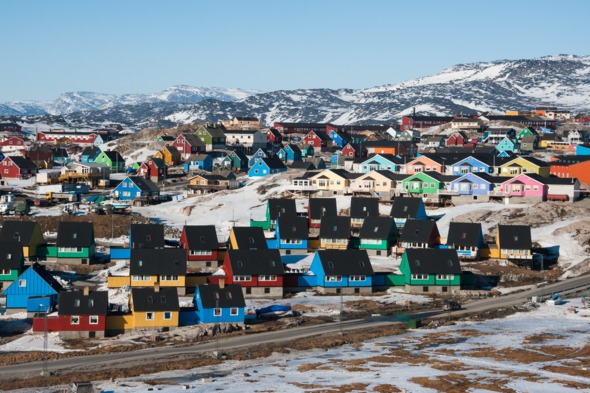 On 3rd September 2017 you'll touch down in Seattle, where you'll have some time to unwind and discover the many delights of this underrated city, including lively markets, beautiful coastal scenery and a thriving craft beer scene. Then you'll fly north to Sitka to board Lindblad's National Geographic Sea Lion for a specialist photography cruise around the coast of Alaska, British Columbia and the islands of Haida Gwaii, sometimes described as the 'Canadian Galapagos'. You'll see vast glaciers and spectacular fjords, with the chance to spot wildlife including bears, orcas and Steller sea lions. 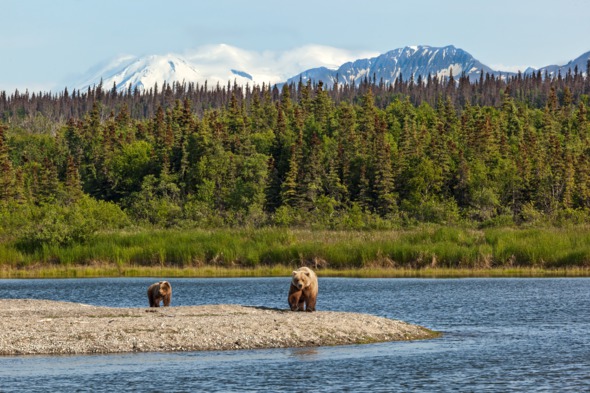 After a couple of months exploring northern latitudes it's time to head for warmer climes, and you'll fly south to Lima on 20th September 2017. Head into the Andes and spend some time in Cusco before one of the highlights of your trip, the magnificent Inca city of Machu Picchu, where you'll stay at the exclusive Belmond Sanctuary Lodge. 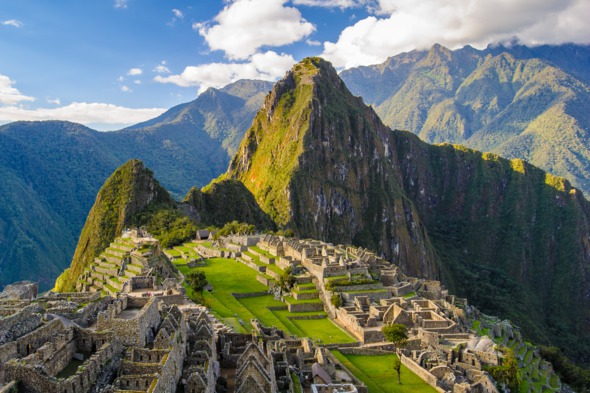 Then you'll head to Quito, the charming capital of Ecuador, before flying to the Galapagos islands for a 7-night cruise with Silversea Expeditions. You'll come face to face with fearless wildlife and land on deserted beaches amongst otherworldly volcanic scenery, with expert naturalist guides accompanying you on your journey. 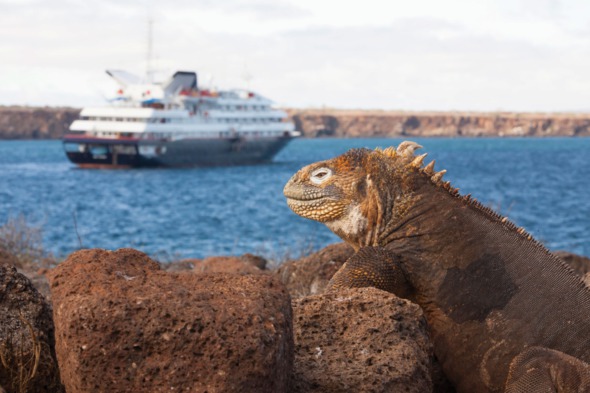 Back on the South American mainland, you'll have a few days to relax and reflect on your trip amongst the spectacular Ecuadorian cloud forest at National Geographic's delightful Mashpi Lodge. 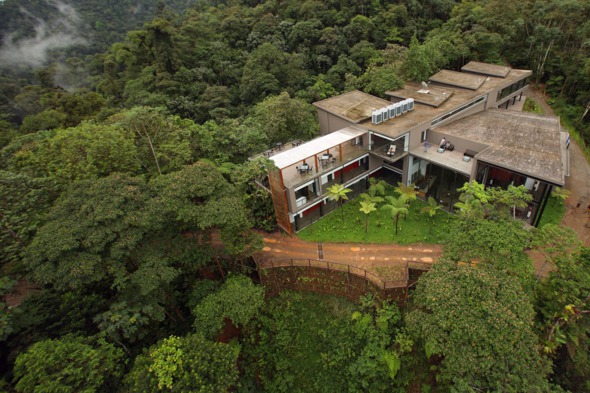 Fly into the heart of the Brazilian rainforest on 14th October 2017 and rejoin Hurtigruten's MS Fram in Manaus for a 14-night exploration of the Lower Amazon river. You'll also stop off at coastal cities including lovely Paraty, a real colonial gem, before disembarking in Montevideo, the cosmopolitan capital of Uruguay.

Then it's back to Peru for a voyage along the less travelled Upper Amazon on board Aqua Expeditions' luxurious river vessel the Aria Amazon. You'll encounter remote tribes, colourful wildlife and even have the chance to fish for piranhas! 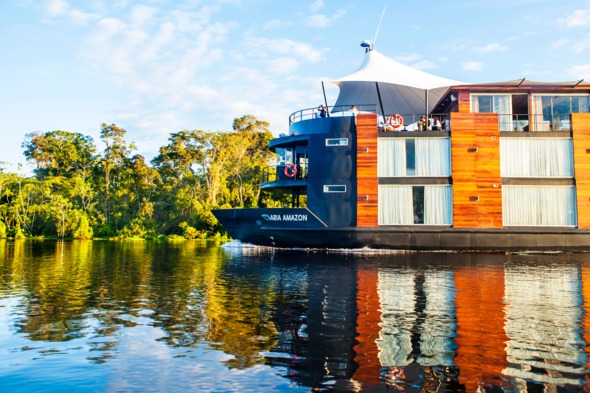 The temperature begins to drop again as you continue south, spending some time in Santiago de Chile before embarking on the little Stella Australis in Punta Arenas for an intrepid expedition amongst the fjords and glaciers of Tierra del Fuego. Here you'll begin to glimpse penguins, elephant seals, cormorants and perhaps even the occasional condor. Disembarking in Ushuaia you'll have a few days to prepare yourself for the final leg of your adventure, crossing the infamous Drake Passage en route to Antarctica. 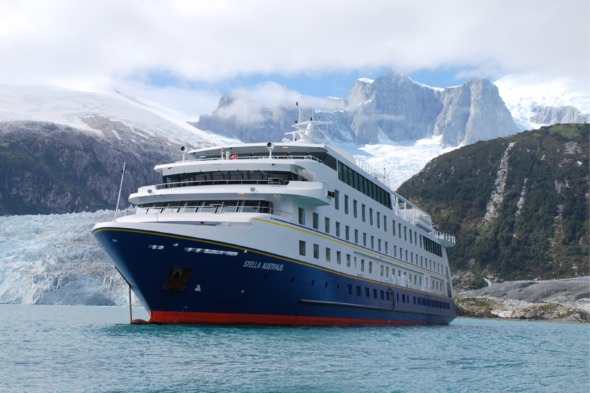 On 20th November 2017 you'll set sail from Ushuaia on board Silversea's luxury expedition vessel Silver Explorer. With a bit of luck the crossing will be smooth, but either way it will be worth it for the remarkable landscapes and abundant wildlife that you're about to encounter on the Antarctic Peninsula. You can expect to see huge penguin colonies, giant icebergs sculpted into weird and wonderful shapes, remote polar research facilities and abandoned whaling stations. This is sure to be an incredible finale to a truly incredible adventure. 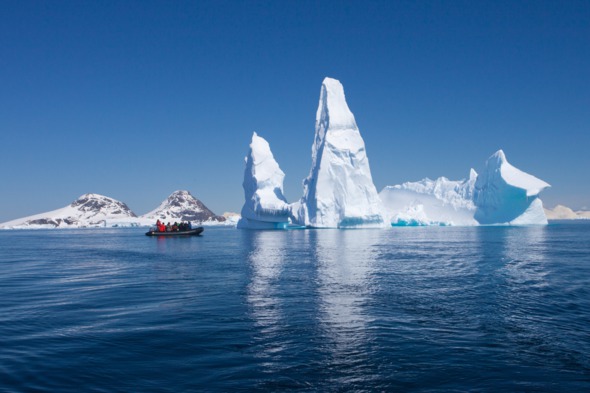 Prices for this 133-day 'Pole to Pole' adventure start from £100,000 per person including flights, overseas transfers and all nine cruises. To book, or for more information call Mundy Adventures on 020 7399 7630. 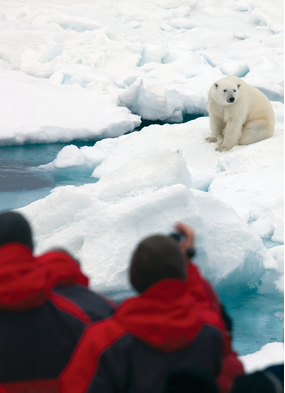 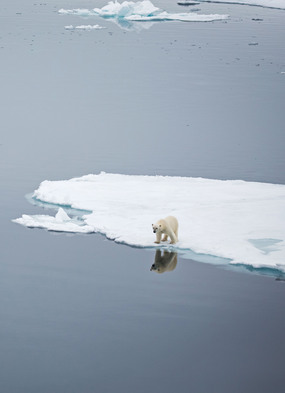